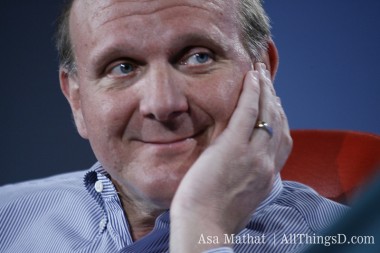 Say what you will about Steve Ballmer as a CEO. But you can’t deny that the longtime Microsoft chief has got heart.

In an emotional send-off to the company he was a part of for more than three decades, Ballmer delivered a tearful goodbye speech at Microsoft’s annual employee meeting, held in Seattle’s KeyArena and attended by more than 13,000 staff (with another 25,000 tuning in via Webcast).

“Soak it in,” Ballmer said in his heartfelt speech to employees. “You work for the greatest company in the world.”

Ballmer, who was one of Microsoft’s earliest hires, and was named CEO in — For more information read the original article here.