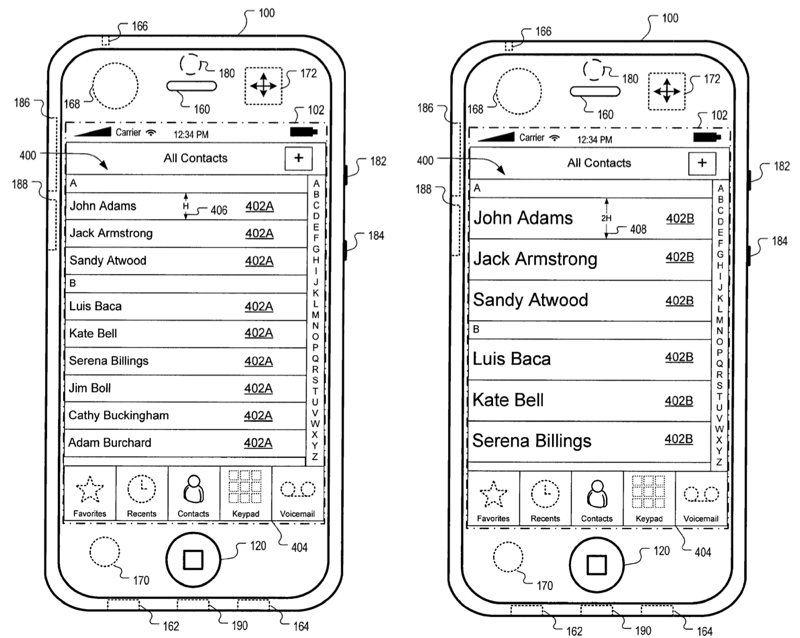 Apple has received a patent — originally filed for in 2007, when the original iPhone was only months old — that allows an iOS device to adjust its screen to make it easier for users to interact with the touchscreen when it detects movement (via AppleInsider).

For example, play and next/previous track buttons on the lock screen, or listings in the Contacts app, could get larger if the iPhone detects that the user is jogging. It could also have items like app buttons on the home screen move themselves slightly to give the illusion of stability.

Apple proposes using the gyroscope, proximity sensor, accelerometer and other sensors to detect movement and the angle of the display, with the iPhone then adjusting user interface elements to prevent touch errors. It also learns about how the user touches the display, allowing it to better correct for errors in the future.

In general, one aspect of the subject matter described in this specification can be embodied in methods that include the actions of detecting a pattern of motion of a device; and adjusting a graphical user interface of the device in response to the detected pattern of motion. Other embodiments of this — For more information read the original article here.