With Apple’s new iPhone 6 and iPhone 6 Plus going on sale in the first group of launch countries beginning on Friday, September 19, long lines have already started to form across the world as many anticipate the release of both devices. Apple retail customers in Australia will have the first opportunity to purchase the new handsets at 8 AM on Friday, as some have already begun lining up outside of the company’s various retail locations. Currently, it is 7:10 PM on Thursday, September 18 throughout many parts of Australia.

Image credit: @beth_blanchard
One photo taken by Guardian Australia writer Bethanie Blanchard shows many customers lining up outside the Apple Store Doncaster, as the line is said to have started at 6 AM and stretches around the entire length of the shopping center. 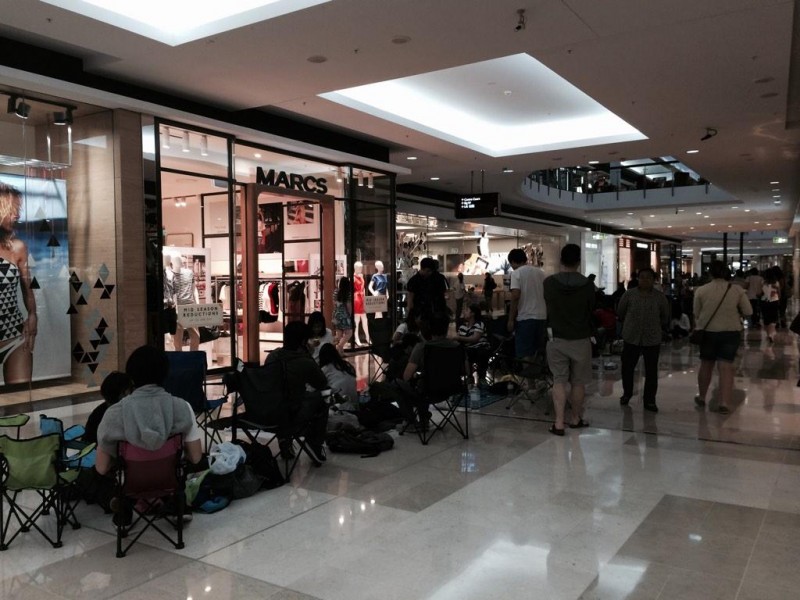 Image credit: @rodgerrodger
Meanwhile, a photo shared by Twitter user @rodgerodger shows the line surrounding an Apple Store in Brisbane. The image shows numerous customers setting up chairs and laying down supplies in preparation to stay the night ahead of the launch of the iPhone 6 and iPhone 6 Plus in the morning.

In addition to Australia, Apple’s iPhone 6 and iPhone 6 Plus will be available in the US, Canada, France, Germany, Hong Kong, Japan, Puerto Rico, Singapore and the UK starting Friday, with Apple Retail Stores beginning sales at 8 AM. The company is also implementing a reservation pass system at its retail stores for those who line up, which will keep track of the line position of each customer and ensure that those waiting receive a device.

#BREAKING: The @WhiteHouse has declared a state of emergency in 17 states & DC in response to the shutdown of one of the largest pipelines in the U.S., which supplies around 45% of fuel consumed by the #EastCoast. https://thehill.com/homenews/administration/552564-white-house-declares-state-of-emergency-over-cyberattack-that-shut #CyberAttack #CyberSecurity

Feds Shut Down Fake COVID-19 Vaccine Phishing Website https://buff.ly/3b0HRxd
Ramp up the sophistication of your #cybersecurity defences. Let us help you find the right security solution at https://firewalls4now.com.au #becybersmart #becybersafe

It was world password day, we were chatting about passwords, and the movie Sneakers, 1992 came up, so I obliged. #CyberSecurity

Allowing your data to be used is the key term here.

It's a choice not a right for companies to take your data without your knowledge.
$ADS is making this possible